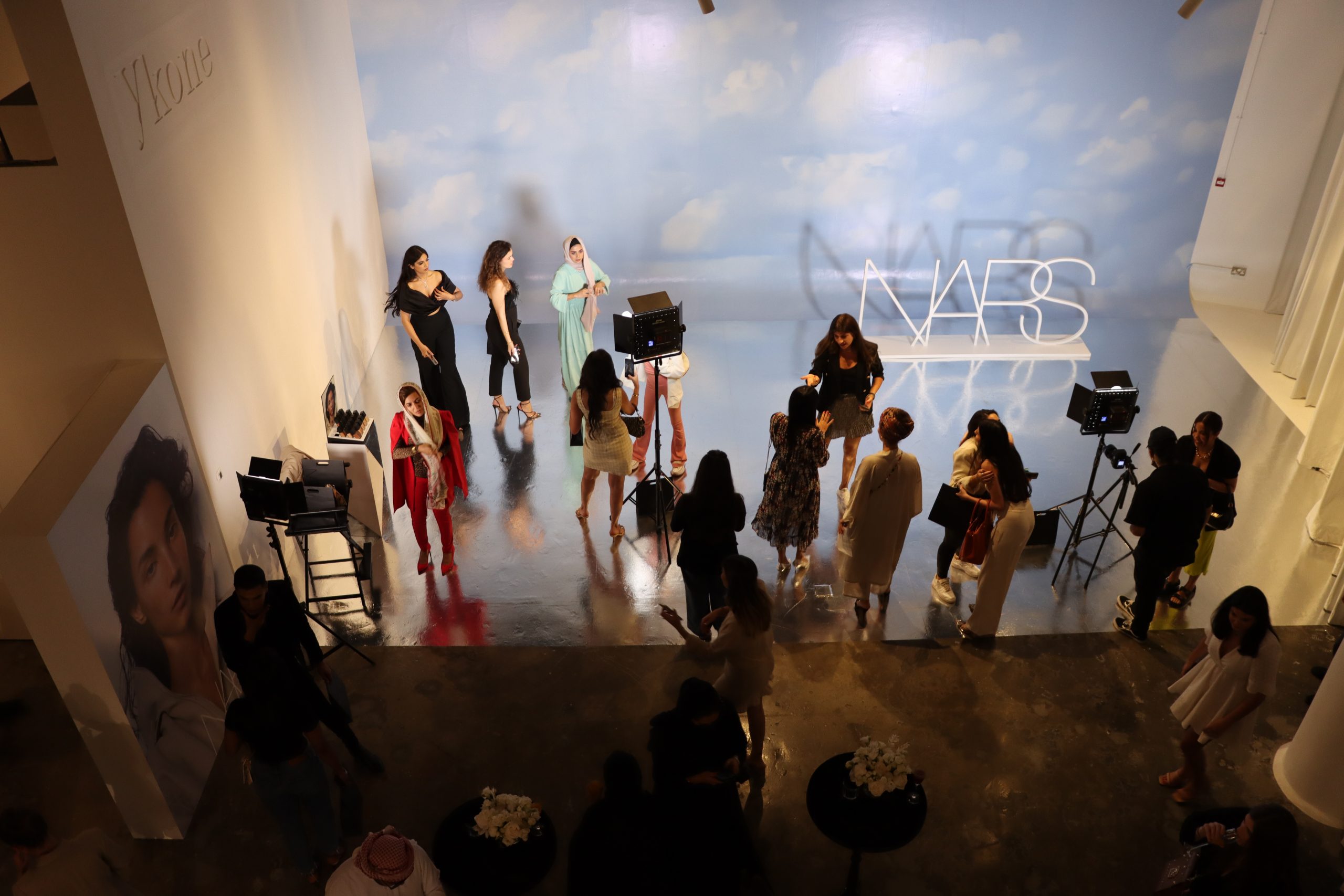 To celebrate the launch of their long-awaited product, The NARS Middle East team took over YKONE House in the heart of the Dubai Design District on May 24th 2022 to reveal their Light Reflecting Foundation. The event was a full takeover of the area – converting the entire YKONE House to the dreamiest, most photo-friendly space, featuring a floor to ceiling sky-themed feature wall. Other key areas were draped in reflective materials, as an ode to the “light reflecting foundation” where key influencers from the region could exclusively try on the product for themselves.
YKONE House went the extra mile for NARS to even convert the dressing rooms into NARS themed makeup rooms, stacked with only the top of the line products. Each attendee had the opportunity to get a makeover from a NARS Makeup Artist whilst using their new Light Reflecting Foundation as a base to see just how beautifully it sits on the skin.
It’s safe to say the NARS team had a successful event, using the YKONE House space to its maximum capacity whilst transporting attendees to the world of the new Light Reflecting Foundation.

Nars event at the YKONE House